This cold UK weather has us feeling frosty here at (virtual) Steamforged HQ. Given we’re freezing anyway, we thought we’d trek to the North to pay some friends a visit.

Not yet met our frigid Frost Giant and his Orcs? You’re in for an icy treat!

(Okay, we’ll cool it with the puns now.)

((That one was accidental.)) 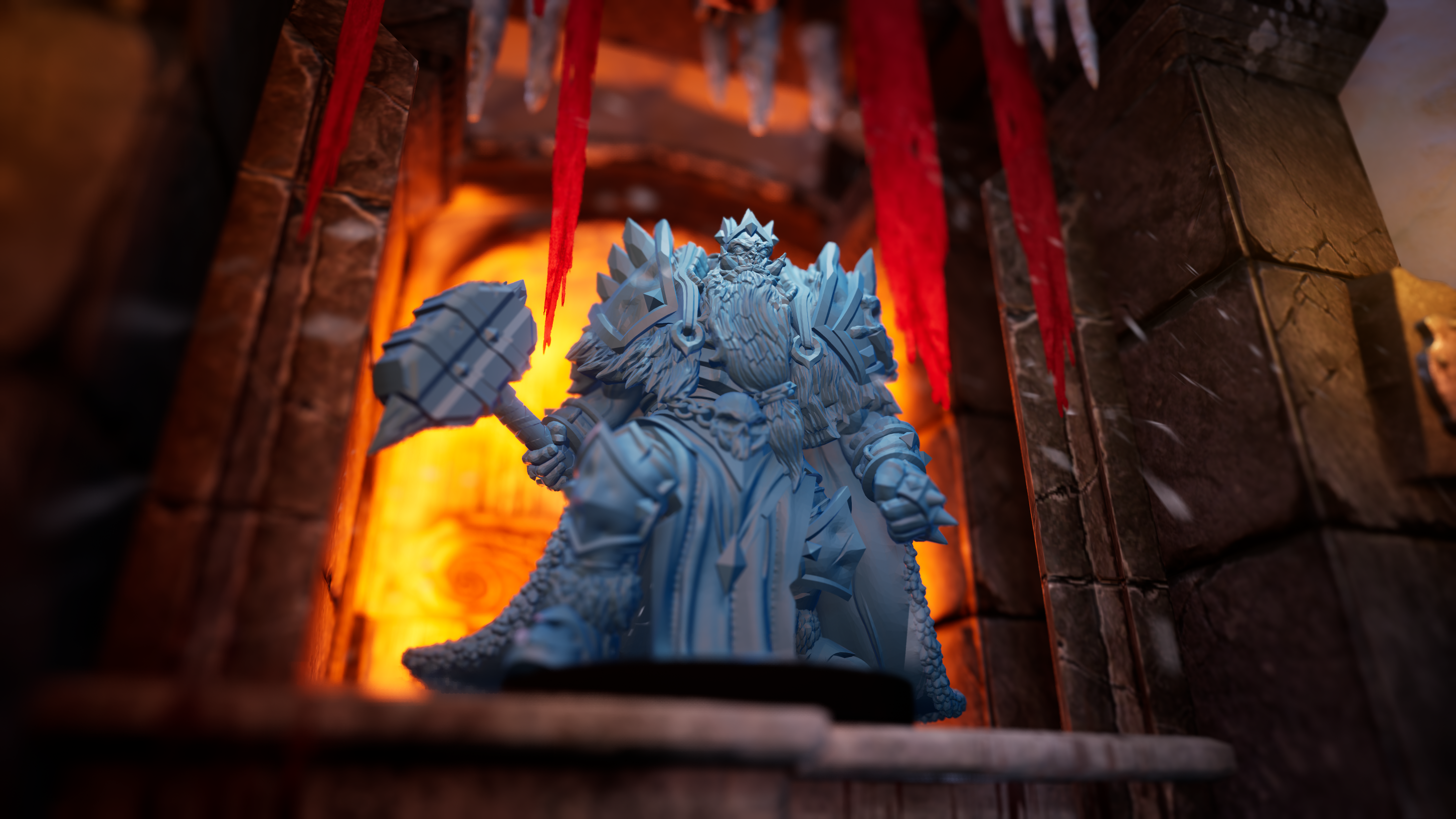 Like all the Epic Encounters sets, this release comes with two boxes: Hall of the Orc King (warband box) and Caverns of the Frost Giant (boss box). They can be combined, played as standalone encounters, or added in to an existing campaign.

In fact, because both sets will put your players into a frosty landscape, they’d also pair perfectly with the recent release from Wizards of the Coast, Icewind Dale: Rime of the Frostmaiden.

Hall of the Orc King

In the first Epic Encounters release, adventurers were fighting to stop Mother Krangor’s Kobold Tribe from unleashing fire and ruin on the civilised world with the help of their Red Dragon.

Now, your heroes are poised to prevent an Orc King from raiding settlements and putting villages to the sword.

But there’s more to these Orcs than simple brutality. A strange bond with a Frost Giant has made them stronger—and colder—than their kin.

Check out this preview of the story ideas and plot hooks you’ll find in Hall of the Orc King: 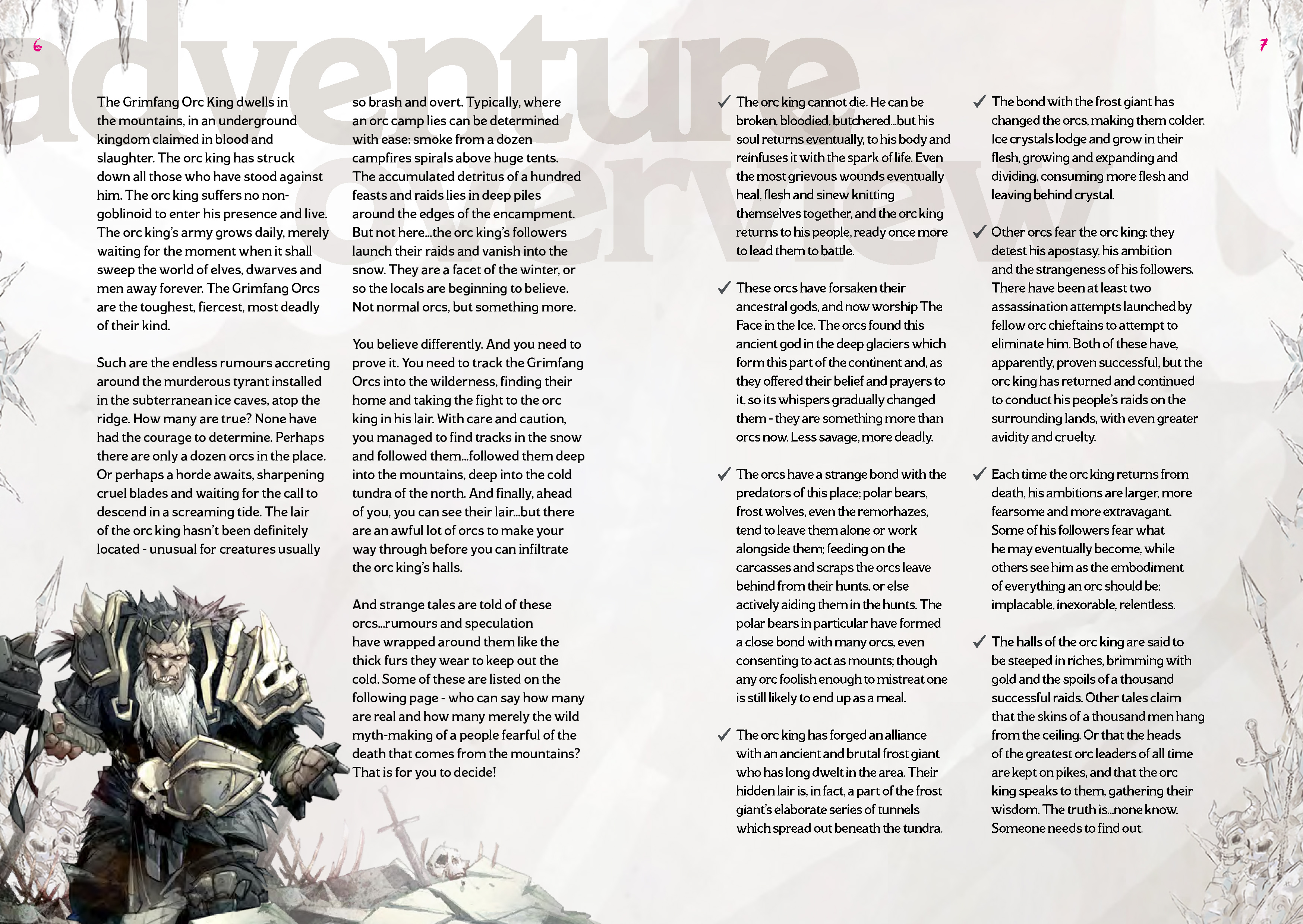 And before we move on to the Frost Giant, check out this review from The Gallant Goblin:

Hall of the Orc King Review

Caverns of the Frost Giant

We’ve met the minions in our warband box. Now, it’s time for the boss.

Standing at a whopping 6.7” tall, this “miniature” makes for a daunting boss fight and a suitably cinematic end to your adventure.

But it’s not just the Frost Giant you need to be wary of. Its cavern is strewn with traps and pitfalls designed to catch your adventurers off guard.

The lead designer, Richard August, has painstakingly crafted an encounter that turns the battlefield into an interactive playground for both the players and the Giant to use to their advantage. Or disadvantage, as the case may be... 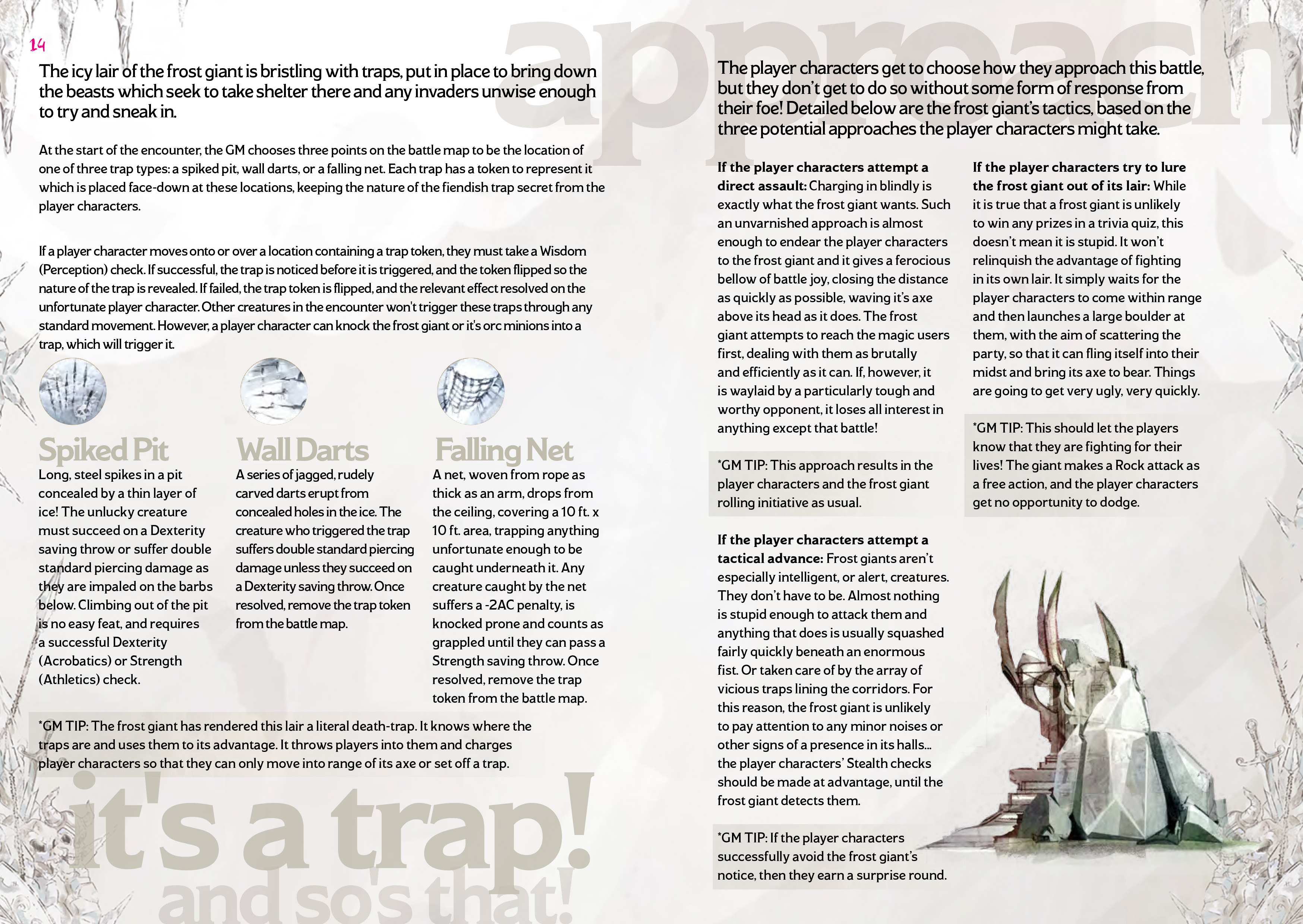 Finally, we'll wrap this up with another review by Gallant Goblin:

Caverns of the Frost Giant Review

So, Ready for an Icy Escapade?

Then let the adventure begin!