The Lightweaver, The Nightfeather, The Dawnguard, and The Stoneheart. Each one has unique skills which we'll explore further here.

Of course, Bardsung is a five player game, so there are still more heroes to meet. In fact, the Kickstarter exclusive Gladestrider has already been unlocked.

(Oh, and there's a vote happening as we speak to decide on the fifth player character. Want to weigh in? Then follow me!)

Still here? Then let's pull up a chair and hand over to Bard, who can tell us of the four heroes listed above and the roles they might fill...

It's time for us to assemble a party for the trials ahead. A hale and hearty fellowship willing to risk life and limb, ready to inspire bardsong and live their legend.

Now, come closer, and I’ll tell you what roles we need to fill.

Let's start with a mage.

Mages use magic to smite both distant and close-by enemies, trapping and blasting their foes with explosions and bursts of light.

To triumph in combat, the best mages chain their abilities in powerful combinations—and in a treacherous place like where you’re headed, I’d say that’s essential.

But never fear. I’d wager even a novice still wet behind the ears will rise to the occasion with a little experience under their belt.

Of course, when pursuing raw destructive power, most mages forget to take care of themselves. Should an enemy weather the storm to get up close and personal, or be of a particularly nimble sort, a mage must rely on their allies to avoid being run through. 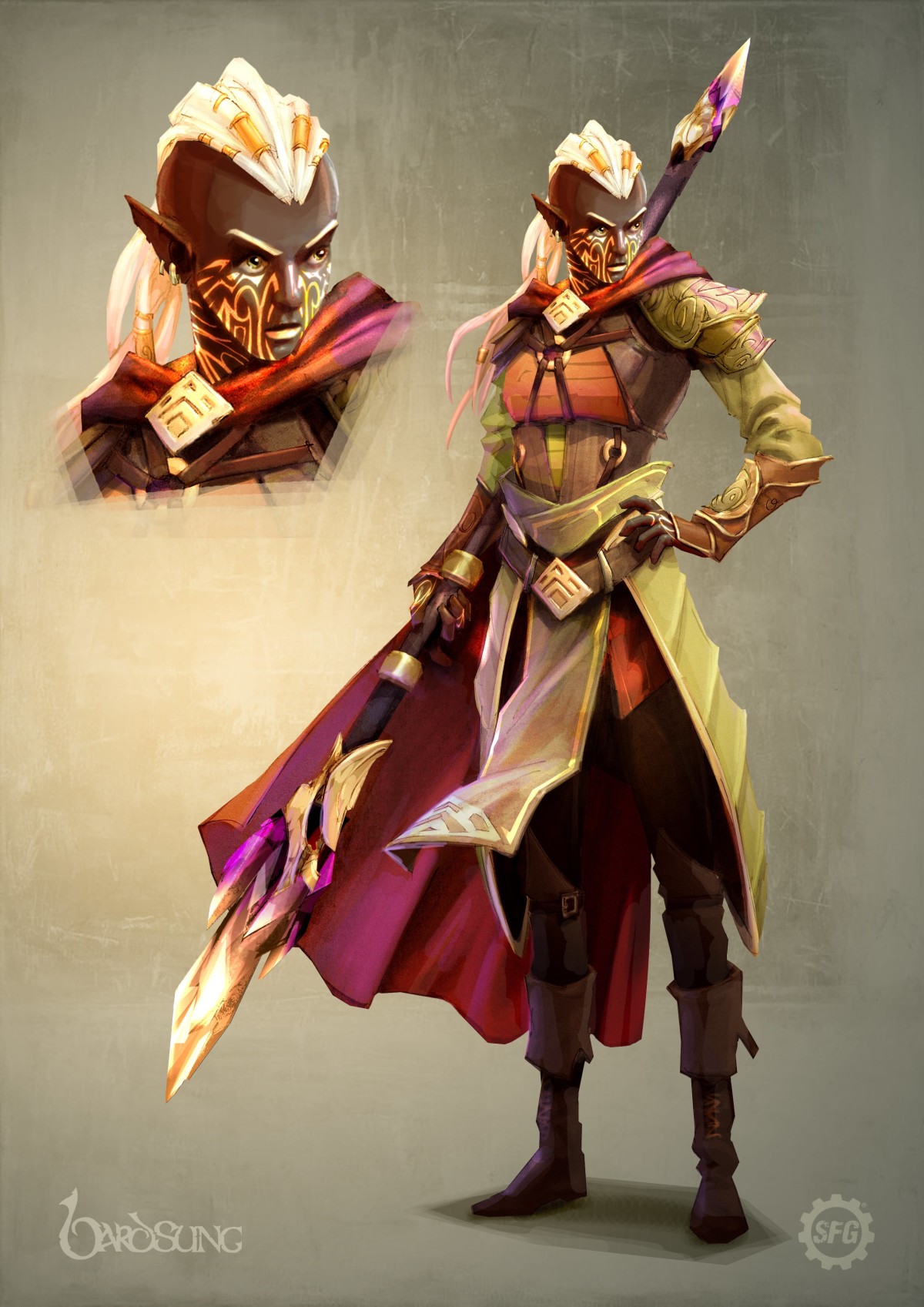 Fair of voice and temperament, and possessed of elegant poise, it's no surprise this hero hails from ancient glades where gods are still rumoured to roam alongside their children.

Doubtless an oath of silence would greet your questions, though, were you to prod this hero for further detail.Regardless of their mysterious disposition, to my mind—and should the desire take root—The Lightweaver would make a fine mage.

My eyes observe that crystal-headed staff and I at once imagine arcane bolts of light streaking forward to lash at your foes.

Or perhaps an azure blade forming about the head to become a sorcerous halberd, as capable of splitting armour as any bright steel… 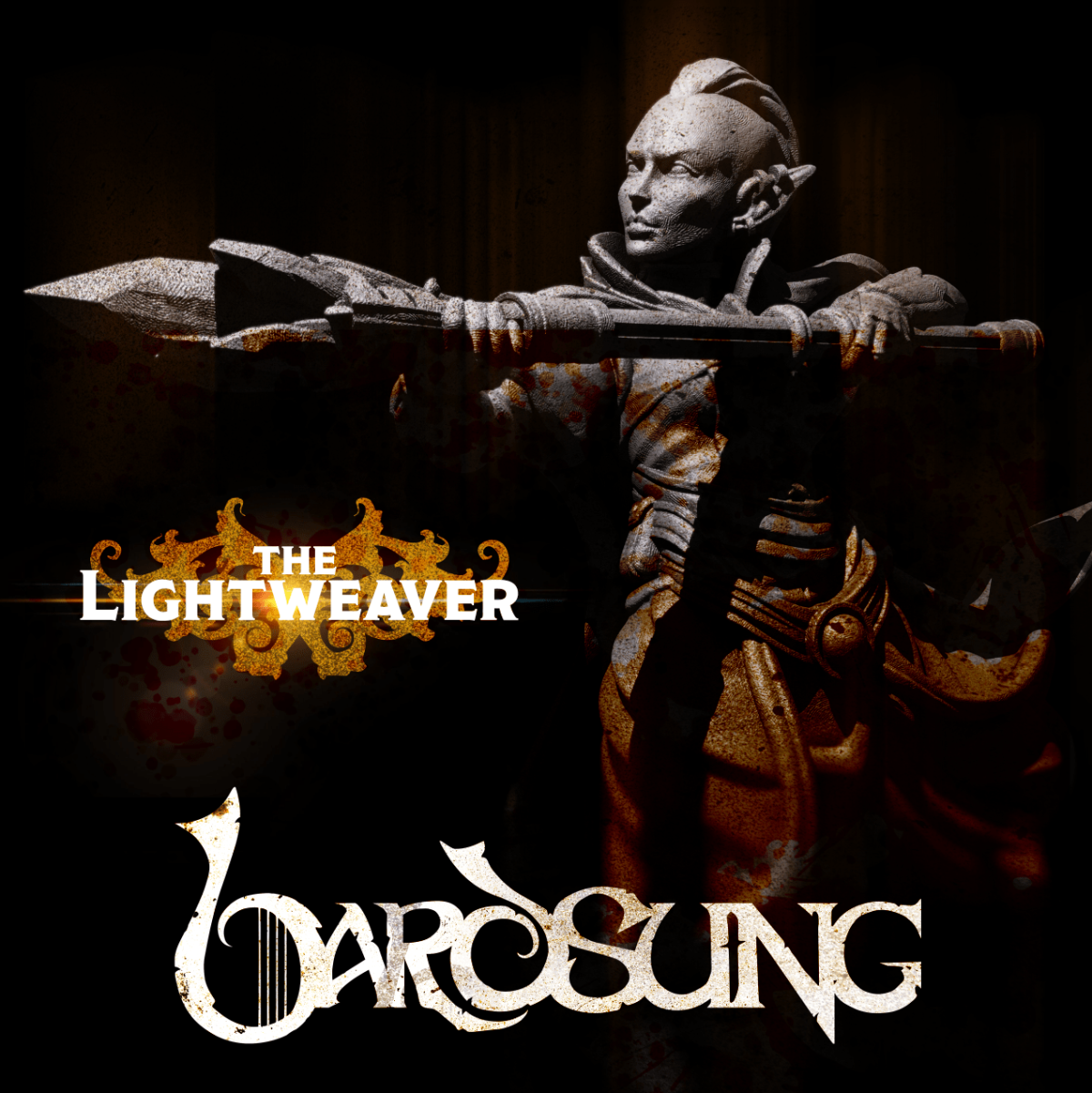 Who did you want to meet next? Hmm, a rogue? Hah! I suppose I should have guessed you’d want to hear more about the heroes that are oft hardest to find.

I can forgive those of you who find them sinister. Most are so adept at fading into the shadows you forget they’re even there.

Oho! No, don’t waste your time looking around. Doubtless they’ll have heard my words and scuttled deeper into the corners.

Still, I’ll comfort you a measure by telling you this: Not all rogues are silent killers stalking their prey.

Some are merely chancers and cardsharps out to earn a few coins, murder the furthest thing from their mind. And regardless, our band can happily find use for both. Someone with an aptitude for getting into places they don't belong is as welcome as any individual with a penchant for stealthy slaughter.

After all, not every obstacle can be dealt with by the destructive whispering of a mage, or the bloody axe of a fighter. Sometimes a subtle hand is required. A silent shadow opening a locked door, or scouting the darkness ahead of their allies to warn of danger ahead.

Do I know of such a stalker in the night? Why, of course! 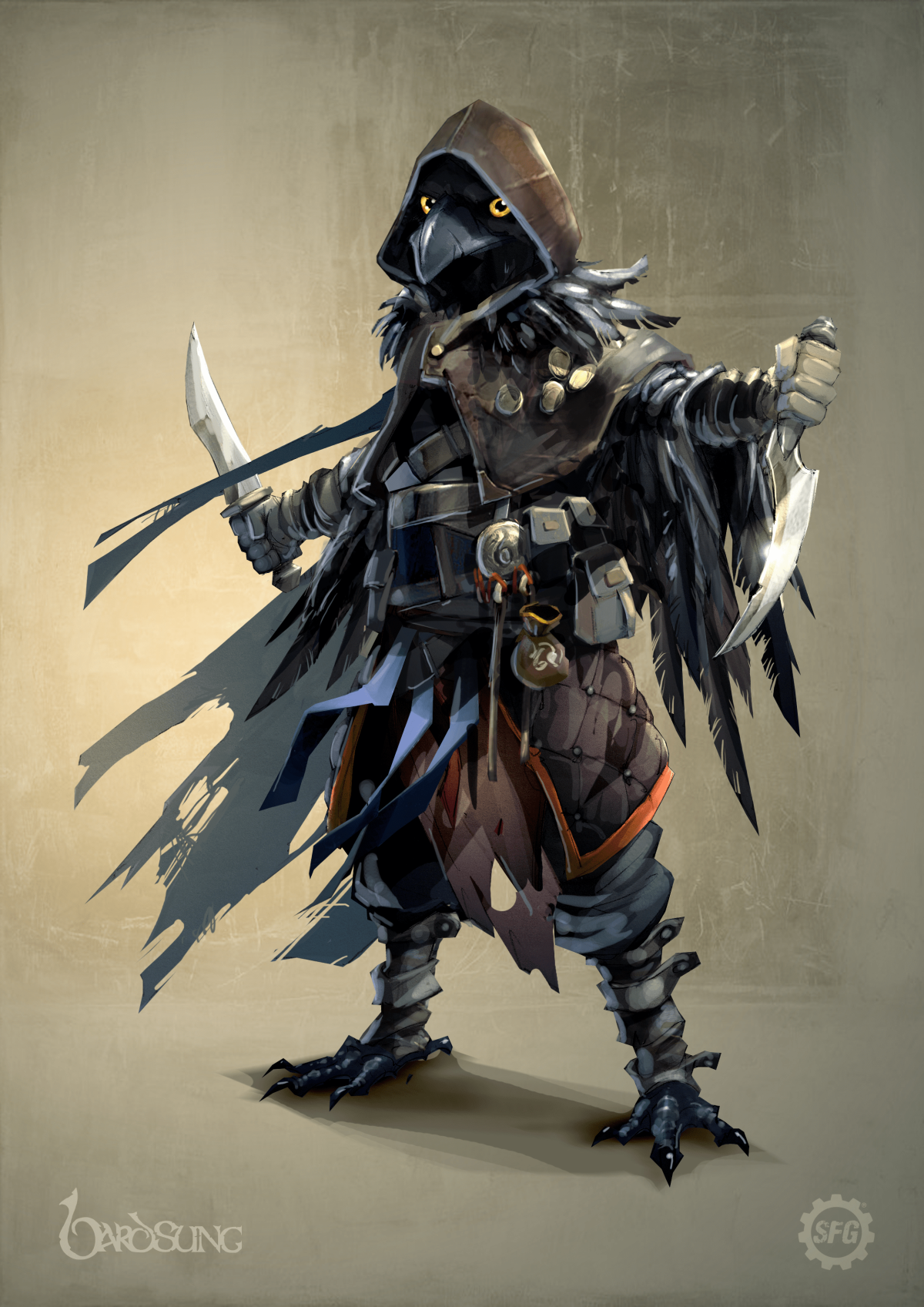 No, don't waste your time searching. I told you earlier, your eyes won’t find them. Rest assured, the rascal is here, watching, and listening to every word. Waiting to see if you are worth following into the depths.

The Nightfeather is somewhat of a celebrity around these parts. A champion of the unwashed, quietly defending those unable to protect themselves, and gifting the poor with stolen coin taken from the deep pockets of highborn lords and their cronies.

Yet, the name Nightfeather means demon to some. Certainly to the scum that make life on the streets a living hell. But such individuals inevitably meet with terrible accidents, one by one. Each left grasping a single black feather, their fingers turning pale as life drains away.

Make no mistake, The Nightfeather is no crude bludgeon succeeding on strength. Rather, they move like a ghost, stalking unsuspecting prey…until a strike comes where armour plates meet, and all but the most resolute are vulnerable.

If you are lucky, The Nightfeather will agree to accompany you.

But a word of caution. Never seek to cheat this hero of their share of the loot. That could be an unfortunate mistake. Very unfortunate! 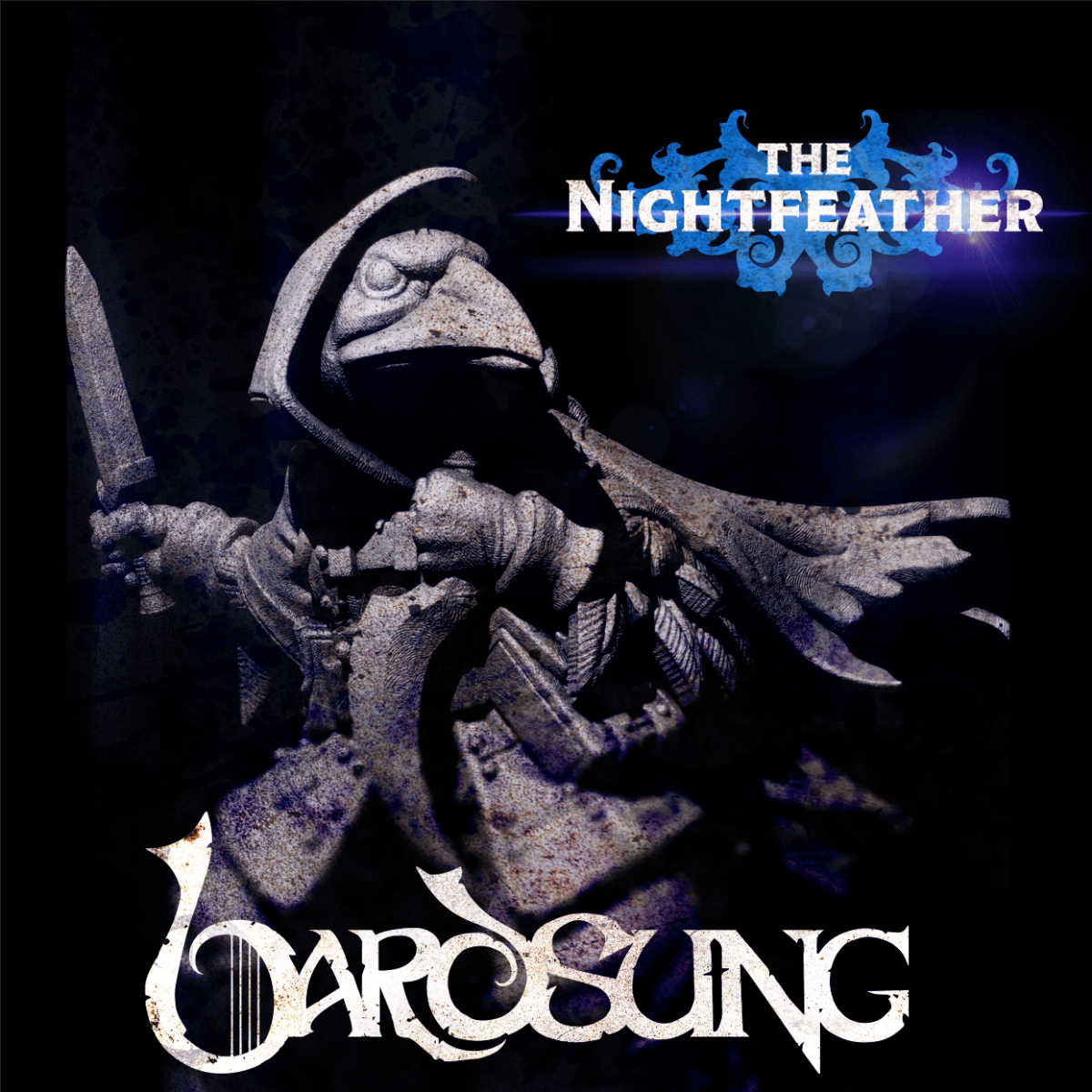 Who will be the next to tread the dangerous road of fame and glory? Well, by my count, you need a cleric.

I see that look in your eyes!

The humble clerics are ignored all too often, despite usually being the reason their fellow heroes live long enough to forge a tale!

The wisest know the cleric’s strength isn’t in the number of foes they slay, but in their ability to keep their companions in the fight. They weave power defensively, creating glowing planes of force as bulwarks against attacks while rallying their party members with blessings and boons.

Controlling the ebb and flow of a fight is really the cleric’s bread and butter. They’ll need a fellowship to do the dirty work. When a cleric is alone, they’re far less formidable. It’s not for them to spill blood or blast an enemy with arcane might.

And who would be my choice for a cleric?

Look no further than the towering figure by the window, staring devoutly through the glass at the rising sun. 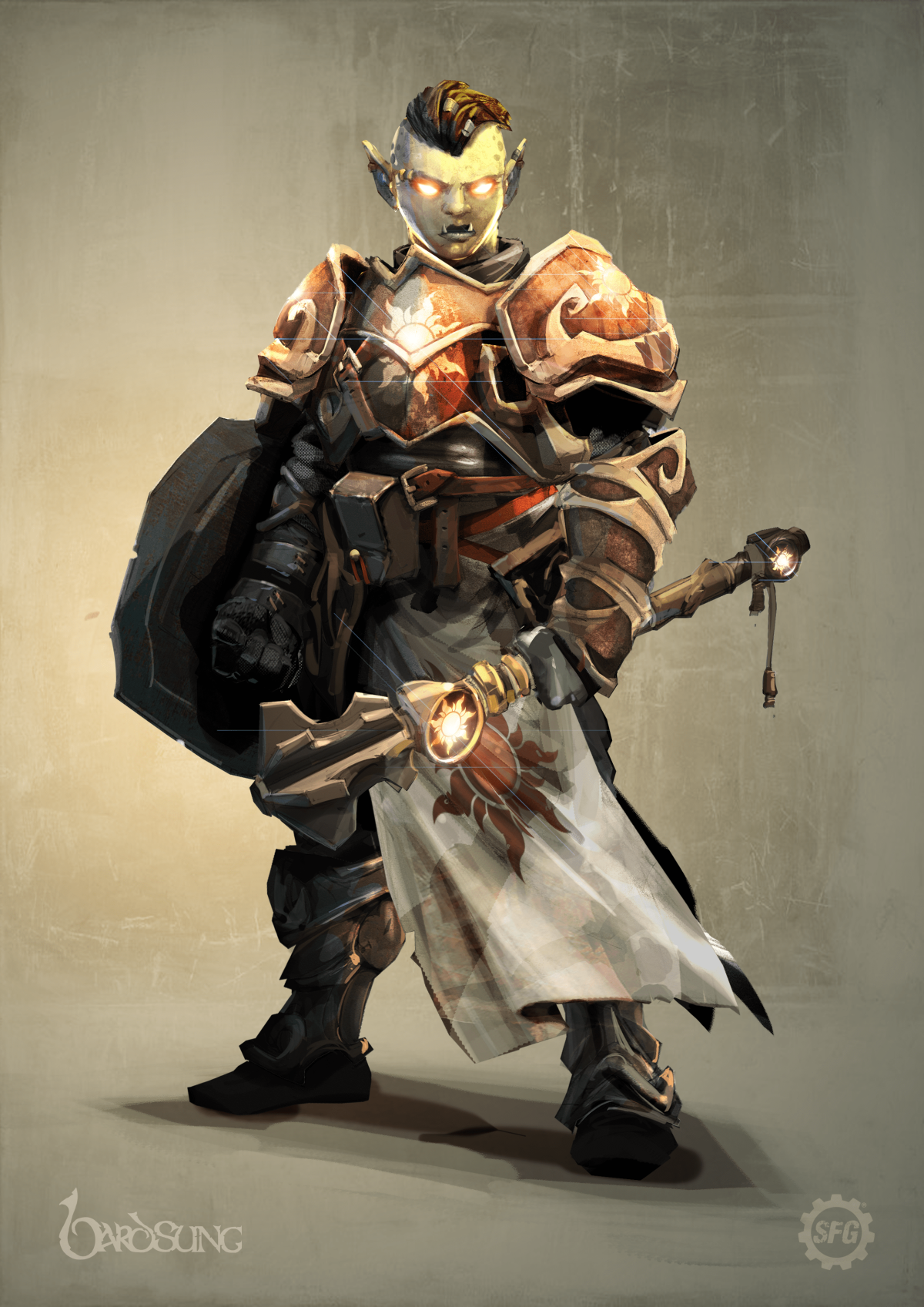 That’s the Dawnguard, and no greater exemplar of the faith will you ever find.

Don’t mind the scowl etched across their jaw, nor the stern look in their eye. You could be forgiven for thinking all devotees to the gods are full of their own self-righteous worth.

But not the Dawnguard.

This hero has a heart of gold, and ability to match! I've never met one so dedicated to their path, nor a figure I’d rather have when the odds are stacked against you. They live by an ancient code that demands purity of soul and compassion to a friend above all.

Long has the Dawnguard waited for a chance to smite those who persecute the weak. To bring justice to those who slither in the dark. The Dawnguard’s name is an apt one, for their mission is to dispel the darkness that lurks in the forgotten corners of the world.

Leave this hero behind when you venture forth and I’ll call you a fool, for those with such hubris court only eventual defeat.

And that's not an idle threat. It’s the truth! 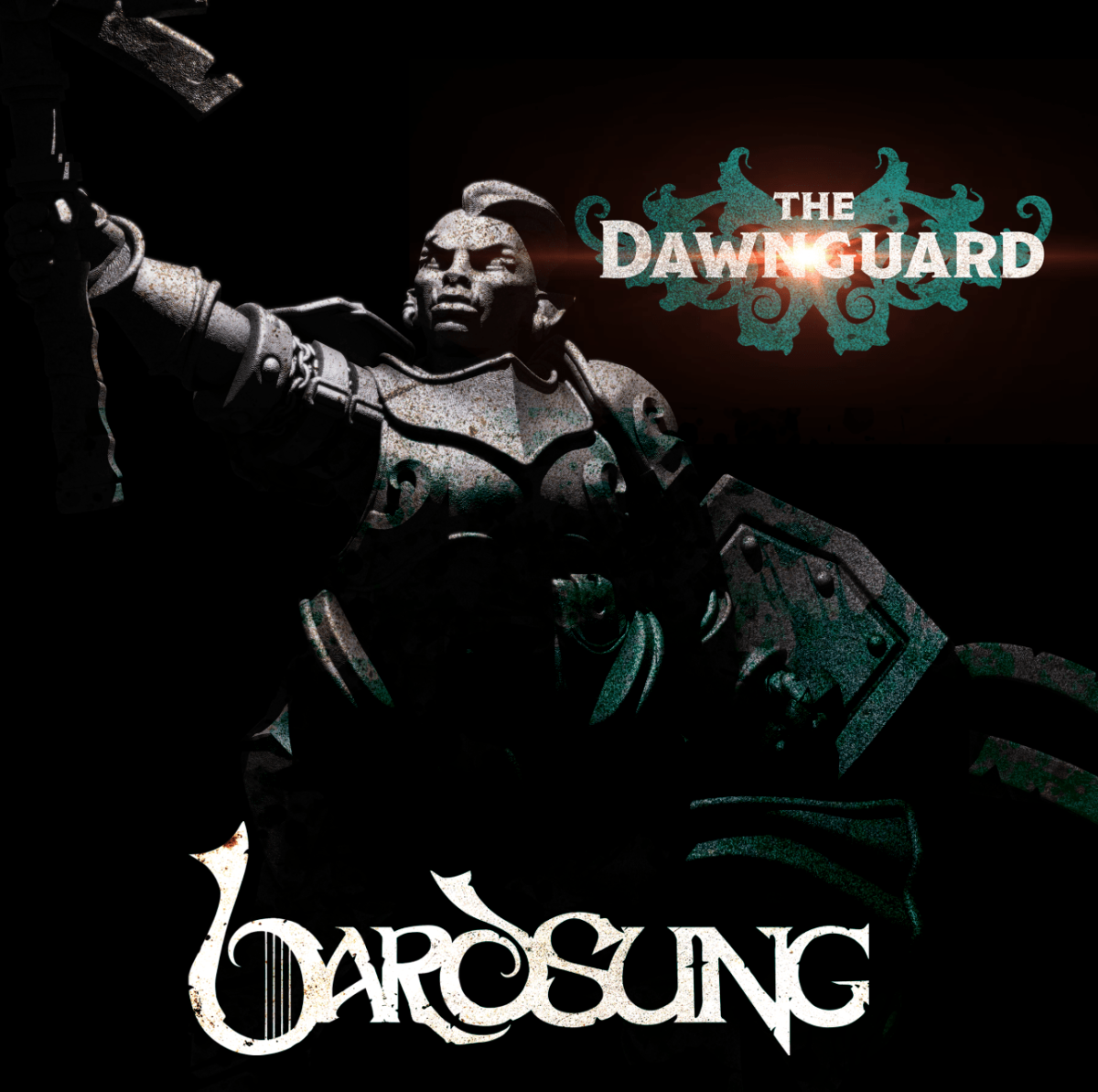 And finally, one of the last heroes who will come through our doors. A Fighter.

Everyone needs a strong arm on their side when things go south, and I’d always choose a fighter. That’s a soul you can depend on when your back is against the wall. Trust me.

What's that you say? Most are nothing more than brainless oafs? Hah! I dare you to find one of these fearsome warriors and say that to their face!

Yes, ’tis true one or two of the group may well have taken one too many knocks on the head, and I doubt many are book-learned like a mage. But they’ll make up for that with a blade far sharper than their wit, and a stern look to match.

Fighters come from all walks of life. Dispossessed knights, spiteful brigands, dashing bravos, and mercenary swashbucklers, they’re all to be found here.

But wherever they hail from and whatever their story, one fact remains true—they all love a fight! None of this standing away and hurling spells or shooting at folk.

Fighters are always first into a ruck, and normally last to leave. The bravest care not for the odds, whether they’re outnumbered or not. Honour demands they fight to the death, and most seem more than happy to oblige.

Aha! Right on cue, you can hear shouting announcing the presence of just such a figure, over by the bar. That’s right. The short one with the wicked hair.

Stoneheart is the name, and fighting is most definitely the game. 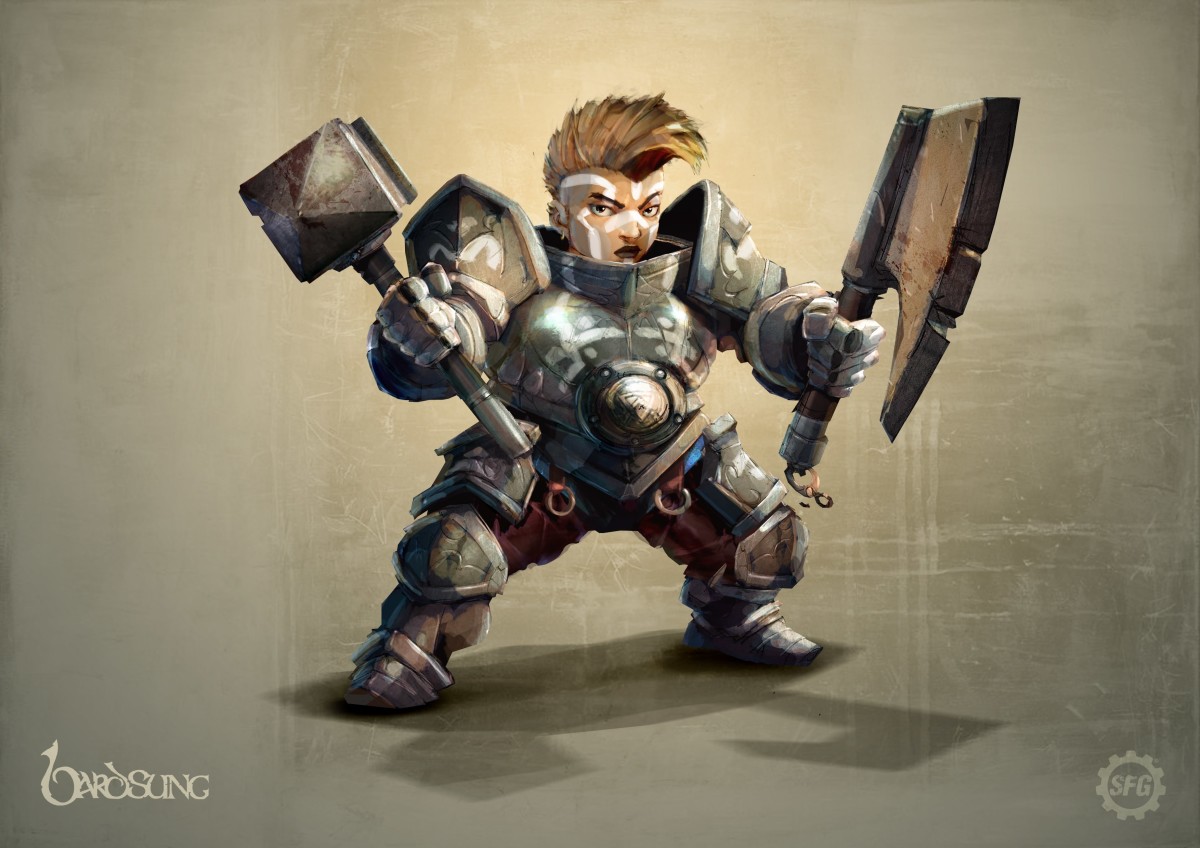 The folk who dwell beneath the earth are a sturdy breed. Strong in both body and mind. Stalwart and unyielding like the rock they carve and, trust me, this one is no exception.

The Stoneheart’s scar-etched skin betrays a rich history of violence and heroism, a veritable map of each of their campaigns.

I wouldn’t ask about said campaigns, though. Believe you me, this is a private individual with a piercing tongue, and skills as honed sharp as the most scathing insult. If you’re lucky, all you’ll hear is the former. If you’re unlucky… well. Best not dwell on that.

If you can stomach the scathing humour, and suffer criticism with a pinch of salt, you will have no better companion when steel is drawn.

Judge The Stoneheart not by their demeanour, but by the trail of corpses they leave behind! 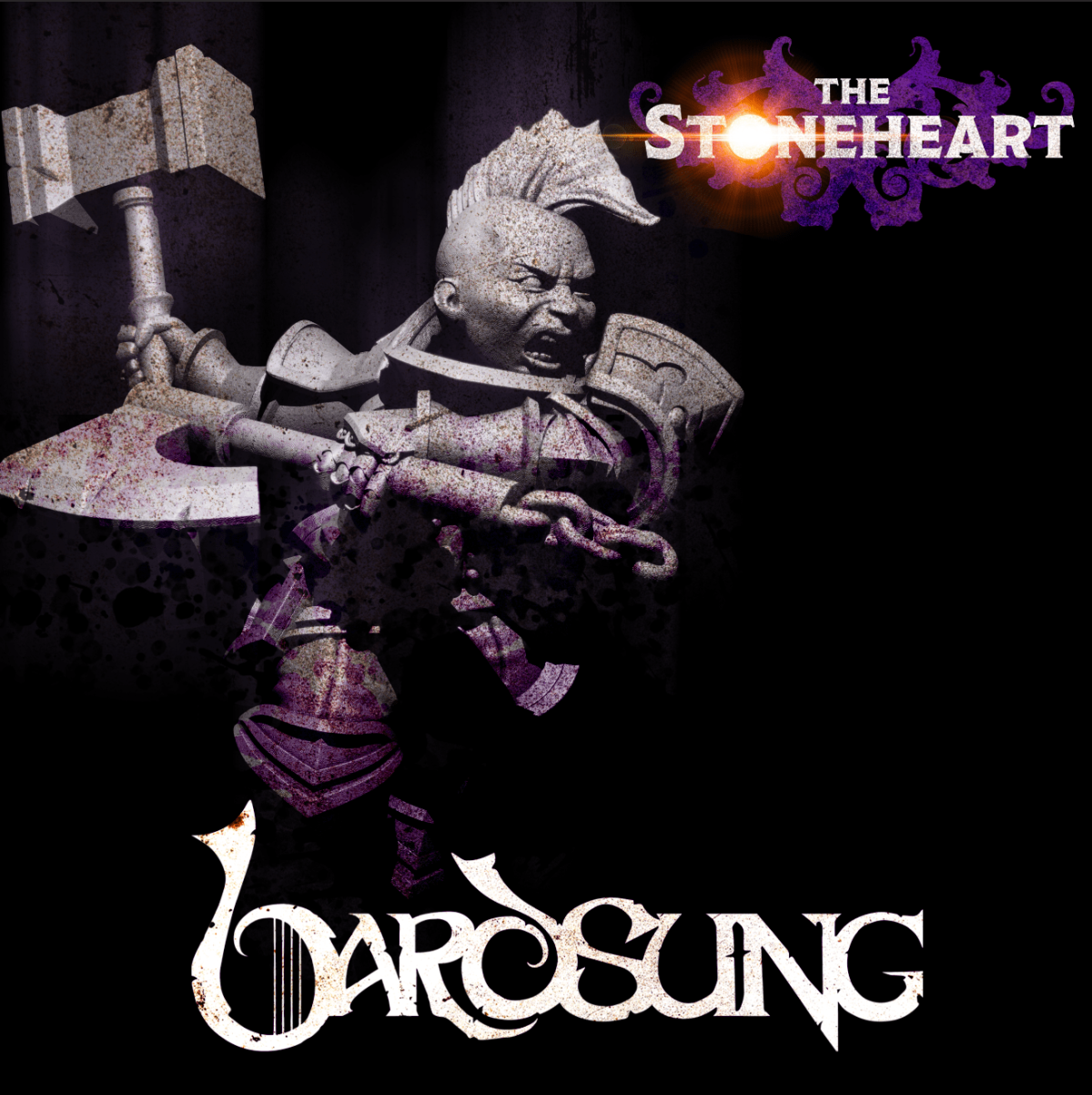 Want to learn more about Bardsung?

Then join us in the tavern!

The tavern is a private Facebook group where we share ALL the juicy reveals and behind-the-scenes secrets before they're posted anywhere else.

So, come join us, and you'll be in the front row for every reveal!