Hey, hunters! We're super excited to announce Monster Hunter World: The Board Game will now feature all 14 weapon types from the video game.

Following your feedback, the lance and hunting horn hunters have been added to the Hunter's Arsenal expansion, plus around 130 cards so they can be played with both core sets.

Check out the full Hunter's Arsenal line-up below:

We'll be sharing more info on all of these hunters (including sneak peeks at the cards!) during the campaign.

Alex Hall, Product Owner on Monster Hunter World: The Board Game, is here to give us more detail on why they've been included:

“Monster Hunter: World is about three things — massive monsters, boss fights, and the various weapons and play styles that come with different hunters.

"Our original plan was to go to Kickstarter with 12 of the 14 hunter weapon types. That’s a relatively high number of player characters for a 4-player board game of this type. It also meant you’d get four hunters in each set — four in the Ancient Forest core set, four in the Wildspire Waste core set, and four in the Hunter’s Arsenal expansion.

"We hear you, and we truly appreciate how important being able to ‘use your main’ is. To that end, we’ve been working hard alongside the lovely folks at Capcom to get these two hunters designed, developed, and over the line before the campaign launches on April 20th." 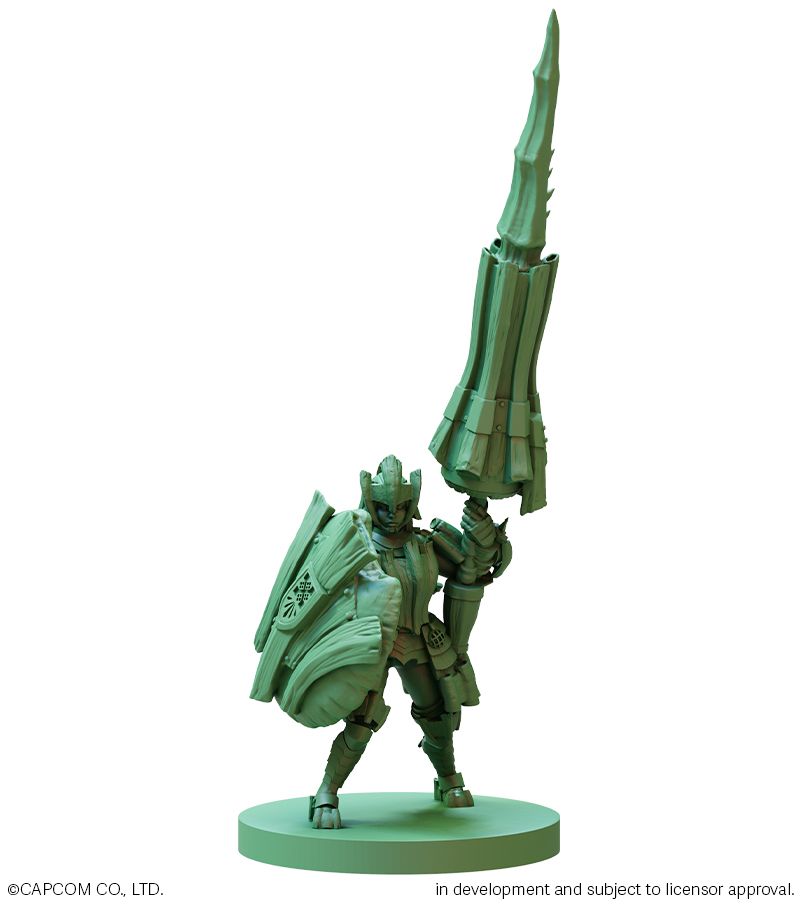 "We’re now incredibly excited to confirm both the hunting horn and the lance have been added to the Hunter’s Arsenal expansion, which means all 14 weapon types will now feature in the Kickstarter campaign.

"Although we’ve done everything we can to keep the cost to backers down, adding the two new hunter miniatures and their cards will mean a small increase to the All-In pledge price. The new hunters will be included at an extra $5 per new hunter.

"We feel these complete the experience, and we’re confident the added value justifies the $10 increase overall." 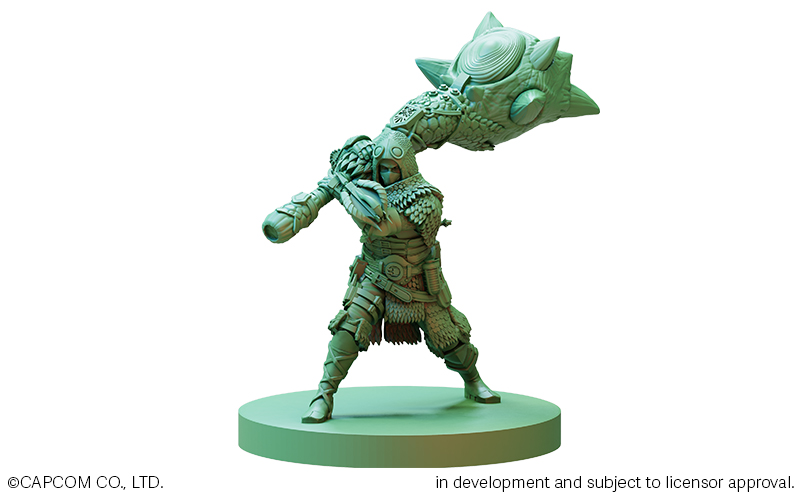 How to Get the Lance and Hunting Horn Hunters

It also includes all the cards you'll need to use the hunters with the Ancient Forest core set, the Wildspire Waste core set, or both together. 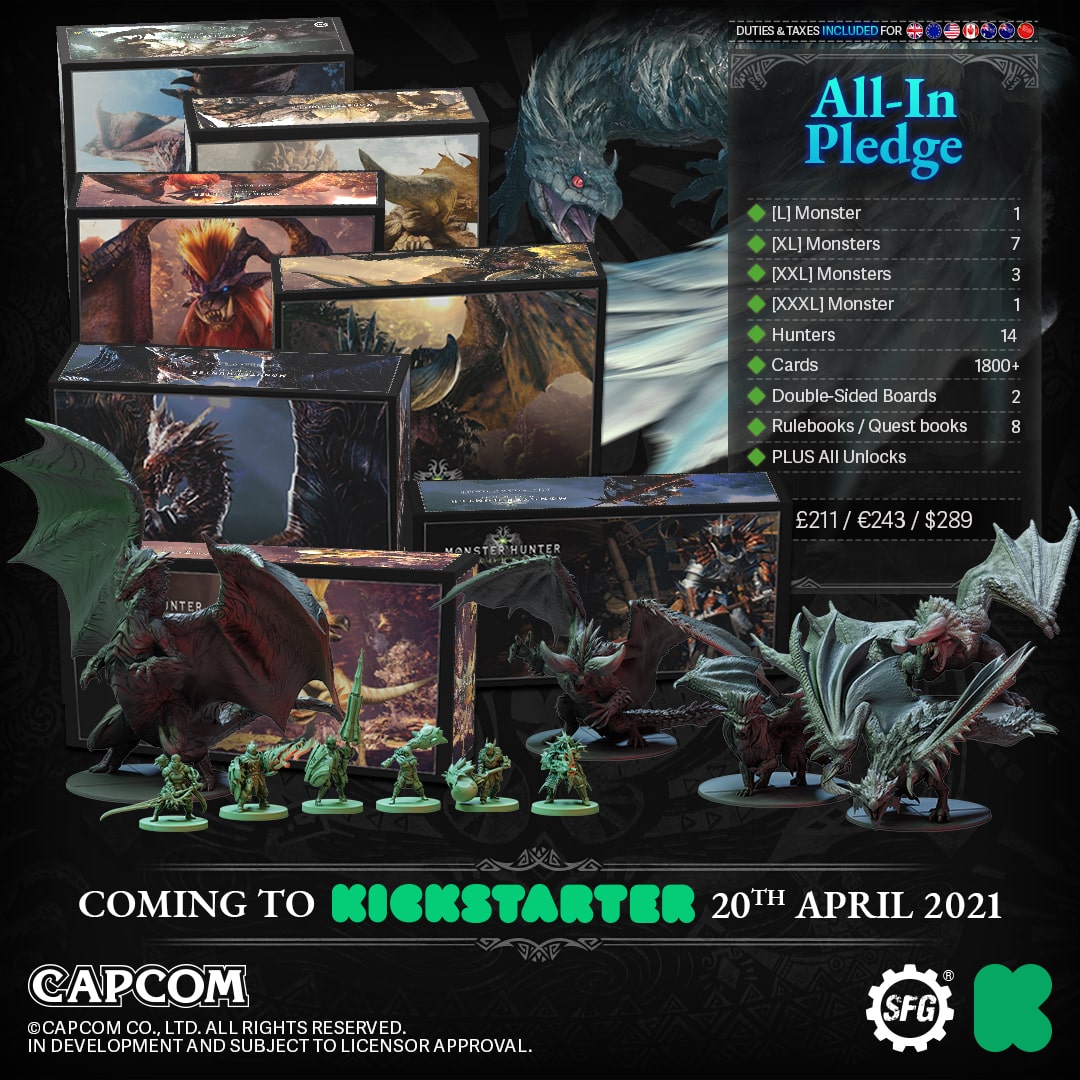 This is the only price increase we'll announce. We're also happy to confirm the pledge prices include duties and taxes for the UK, EU, US, Canada, Australia, New Zealand, and China.

This campaign won't feature stretch goals that are unlocked once you reach a certain funding level.

Instead, every day, we’ll automatically unlock an extra reward that will be added to every Core and All-In Pledge for free!

Monster Hunter World: The Board Game launches April 20 on Kickstarter. Join 13,000 other hunters and follow the campaign to be there when we go live!

Back Now on Kickstarter